2025 Vision for the City is Revealed 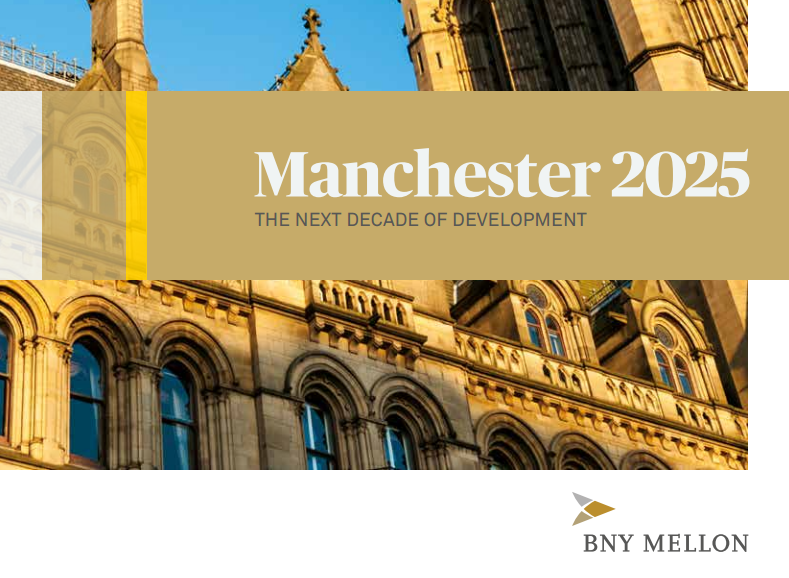 Manchester is poised to create more than 5,000 jobs per year as it cements its position at the centre of the Northern Powerhouse, according to a new report commissioned by investment company BNY Mellon to mark ten years in the city.

The report predicts that up to 55,000 jobs, or more than 5,000 per year, will be created in Manchester city centre between now and 2025. It also forecasts that the number of people who live within an hour of Manchester will double from 7 million to 15 million in 2025 due to improved road and rail links.