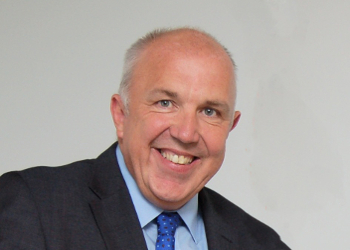 Manchester-born Wayne Jones has been awarded an OBE in the Queen’s New Year Honours list following his work at the MAN Diesel and Turbo Training Academy in Hazel Grove.

Wayne, who is now an Executive Board Member of MAN Diesel and Turbo SE, admitted it was a “surprise” to find out he had been awarded an OBE.

He received the award for services to the North West and supporting young people into apprenticeships at the MAN Diesel Training Academy in Hazel Grove.

“It was a complete surprise; the first I knew was when I received a letter in October. Nick Clegg visited our Hazel Grove site in 2014 and was keen to learn about apprenticeships and our Training Academy, so maybe he had something to do with it.”

“Around 500 people aged 12-19 have been through our Academy, ranging from a few hours learning about CVs and interview techniques to a two-week work experience programme.”

MAN Diesel and Turbo is the world market leader for large diesel engines for use in ships and power stations. The company took on 10 apprentices in 2015 and Wayne believe they have an important role to play.

“Young people are hugely important to the future of engineering but it is proving difficult to attract them to our industry.

“Many people are unaware that there is a strong growth in engineering and manufacturing, especially in the North West, but if we are not able to develop the engineers of tomorrow, there will be a huge skills shortage,” he added.

Wayne, who is also the President of the Greater Manchester Chamber of Commerce, became the first Briton to be appointed to the Board of MAN Diesel & Turbo SE, the oldest industrial company in Germany.

“Far too many go straight to University and don’t consider an apprenticeship and, like many other sectors, we have a great imbalance.

“There are great and varied opportunities in engineering for a rewarding career and we need young minds to drive and influence the future,” said Wayne.

Wayne will be invited to London to receive his OBE before the summer.